When Skeeter Sommers died in 1985 at the age of 65, the Grand Junction Sentinel eulogized him as “Mr. Golf.” Sommers, who caddied at Grand Junction’s nine-hole Lincoln Park Golf Course before serving in the Army and receiving a Purple Heart during World War II, was the driving force behind the Rocky Mountain Open’s popularity and prestige during the postwar decades.

As Colorado Golf Hall of Famer Vic Kline recalled, “Skeets recruited the best players he could for the Rocky Mountain Open. I was living in New Mexico at the time, and most of us didn’t even know where Grand Junction was.” Sommers changed that.

As the head professional at Lincoln Park during the 1950s and 1960s, Sommers taught anyone and everyone. PGA Professional Stan Fenn, who credits him with mentoring him and at least a dozen other future golf professionals, recalls caddying for Sommers at one Rocky Mountain Open in his later years.

“He didn’t show up at the range until 10 minutes before his tee time,” Fenn remembers. “He just asked for three balls, hit them and started walking to the first tee. ‘Is that all you’re going to hit?’ I asked. Without breaking stride, he said, ‘It doesn’t take long to warm up a Cadillac.’” 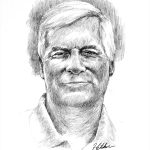 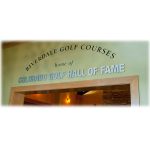