This marks the third Golf Person of the Year award for the former Jefferson Academy and Wake Forest University star, her first since turning professional in 2019.

In April, she broke through for her inaugural LPGA victory—and she made it a major, no less, at the Chevron Championship at Mission Hills Country Club in Rancho Mirage, Calif.

She then won the Meijer LPGA Classic in a playoff against her collegiate nemesis Leona Maguire and teamed up with Solheim Cup partner Lizette Salas to nail down the Dow Great Lakes Bay Invitational.

The only player on the LPGA Tour with three or more victories, she ranks sixth in the season-ending CME Globe Championship. The 60-player championship takes place this weekend at Tiburón Golf Club’s Gold Course in Naples, Fla. To date, she has earned $1,905,406 in 2022, seventh overall on the LPGA Tour.

As a Wake Forest University student, the Westminster native became the first Colorado resident to win the NCAA Division I individual title, then represented the US on the winning teams in the Curtis Cup, Arnold Palmer Cup and World Amateur Team Championship. The top amateur woman in the world for 34 weeks, she became the first American to win the Mark McCormack Medal. She capped off her amateur career by winning the inaugural Augusta National Women’s Amateur, finishing four shots clear of the field.

The Wake Forest University freshman from Westminster resident finished sixth individually in the women’s NCAA Championship finals, qualified for the U.S. Women’s Open and cruised to the Colorado Women’s Golf Association Match Play and Stroke Play titles, with her 7-under-par 65 in round 2 of the latter breaking The Denver Country Club course record of 68 established by Babe Zaharias in 1946. She also won her first two full-field college tournaments during the fall season. 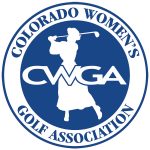 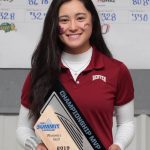